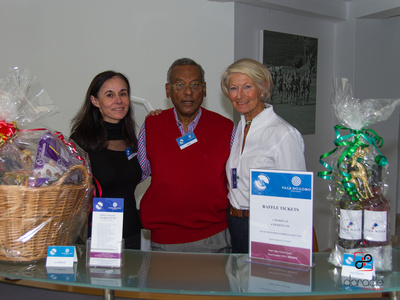 Similar to last year's event, Daracle Photography was very pleased to have been asked to exhibit at this years event too. An Annual event that took place on the 7th December to raise funds for local community and one of the leading Algarve charities, The Wolf Valley Charity Fund.

This market, now in it's 4th edition, sets itself up as a great chance for people to take advantage of some quality products kicking off the Christmas shopping spree, (well at least for some anyway).

This years event was substantially larger than last years with numerous vendors also setting up stands and tables (and in my case, photo booths) near enough on the entrance door.  But it all added to the atmosphere of the event which was also a free entry occasion. 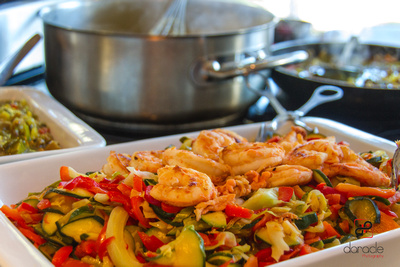 Doors opened at 11am with various performances taking the stage throughout the day. As well as all the 'goodies' exhibitors there were also the food stalls providing scrumptious menu's and snacks ranging from Indian flavors, right through to German sausages. I did have one of those sausages and boy, were they good!

But anyway, as I was by myself, it was difficult for me to be manning my stand whilst nipping around the exhibitors stalls to take some shots. But where there's a will there's a way and to tell the truth, although it was a tiring day, I actually had a great time and managed to take some decent shots of the days activities.

Last year I did not have the luxury of being able to set up studio lights, but this year I was very lucky enough to source a set which meant that I could be a little more creative and give people a little bit of fun during the day.

My key promotional idea to have pictures taken whilst sporting your funky Christmas woolly, took off like a lead weight so I invented something else. So a few funny phrases on some card that people could hold up, a couple of Santa hats and reindeer antennae came into play and I think it worked pretty well combining nicely with the multi-colored floating Christmas bulbs on the white back drop. 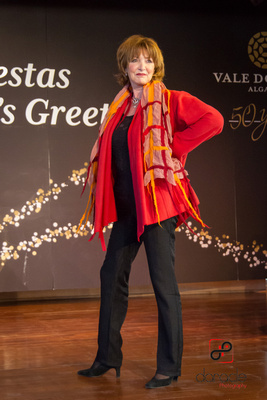 One of my favorite stage performances of the day was the Fashion Show organised by Jouk's Studio Fashion. Not your ordinary top model fashion parade, oh no! These ladies were leagues ahead and they new it! Catwalking to a very good selection of sixties hits like "Knock on wood", they had no problem seizing the attention of the audience who responded with cheers and applauds.  Jouk has been designing women's clothes for more than 30 years and makes a point of having real clothes, for real people.

We were also pleased to see that Santa put in an appearance with some very special friends of his who all the youngsters were happy to see. They even came past my booth of a quick snap... 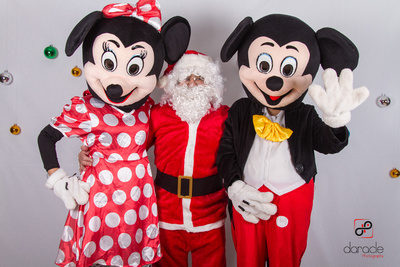 Last but not least, I'd like to end this blog entry with a special acknowledgement to Paul and Kate at Yellowkite as well as Alda and her staff at Vale do Lobo for their hard work and effort and, once again, making this event a success.

Check out other photos from the Christmas Market by clicking on the photos or this link.

Until my next entry, (which may only be next year), I'd like to wish you all a very Happy Christmas, peaceful festive season and all the best for 2014.